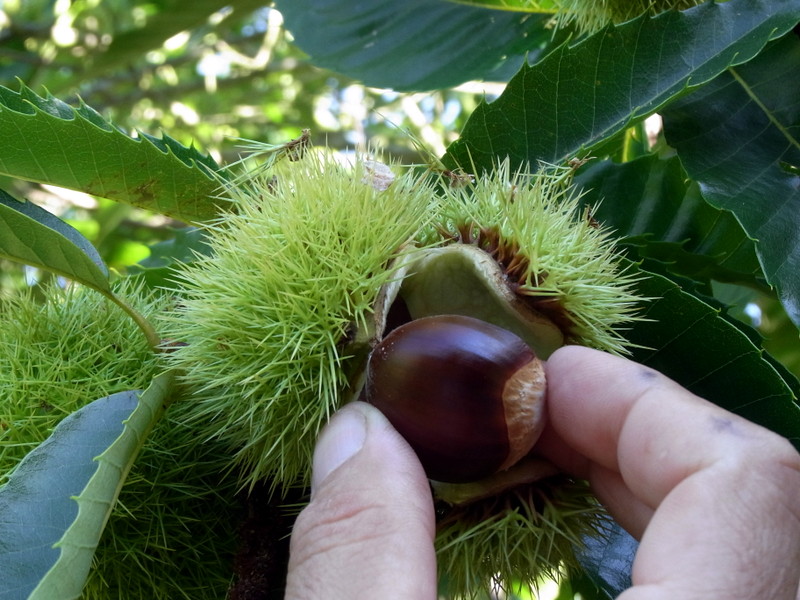 Around March/April in Southern highlands of NSW, Australia, our 3 giant trees provide a prickly problem. First we have to beat the cockatoos to the crop, then harvest these vicious little alien spike-balls, somehow prize the attractive sleek varnished pod from it’s torture chamber, and remove two stubborn casings before they’re cooked and eaten. If it was the chestnut, not the apple Eve offered Adam, we’d still be in the Garden of Eden. 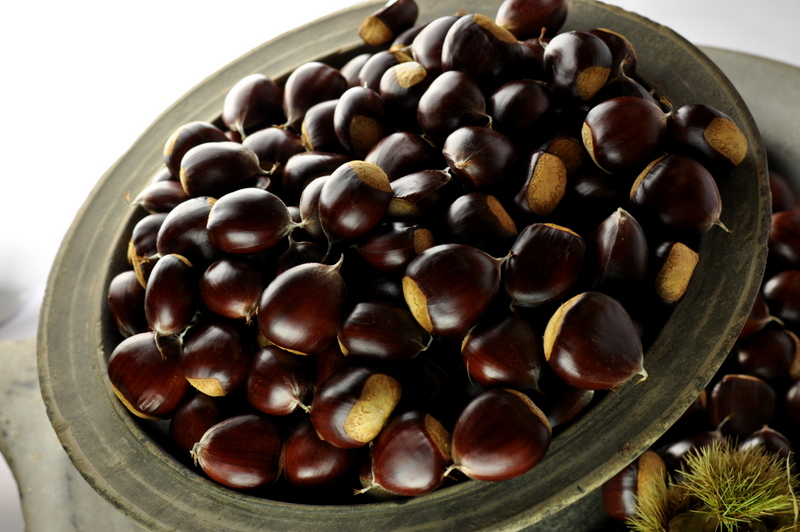 However, as a chef, I can’t resist them; they’re implanted in my Autumn psyche and have found a way to be incorporated into my cooking routines, rather than being the sole culinary objective for any particular day. They will pop away in my woodfire oven in between pizzas or simmer away on stove tops as I cook other things.

However… Are they really worth it? You be the judge. With a sharp knife cut the outer shell and peel it away, simmer the chestnuts with bicarb of soda, changing the water three times (this removes the bitterness and helps remove the pellicle layer) then poach them gently in a port, red wine and sugar syrup. I will be serving these with guinea fowl, pheasant or duck at the Farm Table Restaurant (stay tuned!) But make them for yourself to try before you buy if you want. 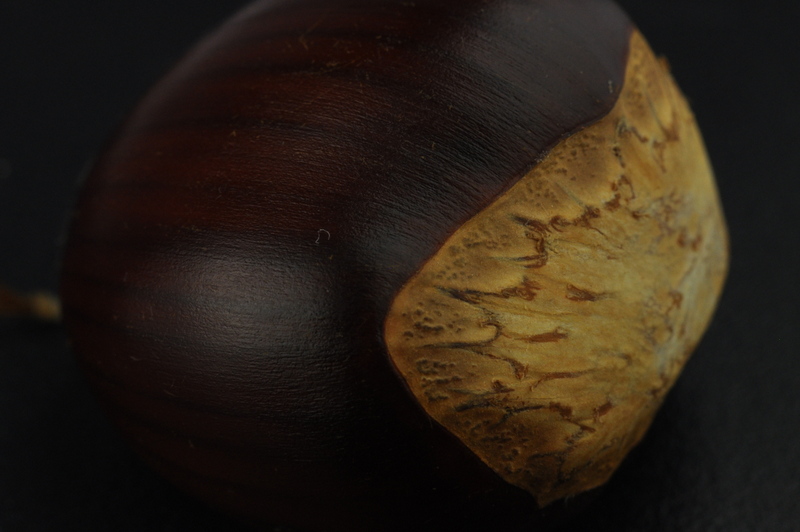